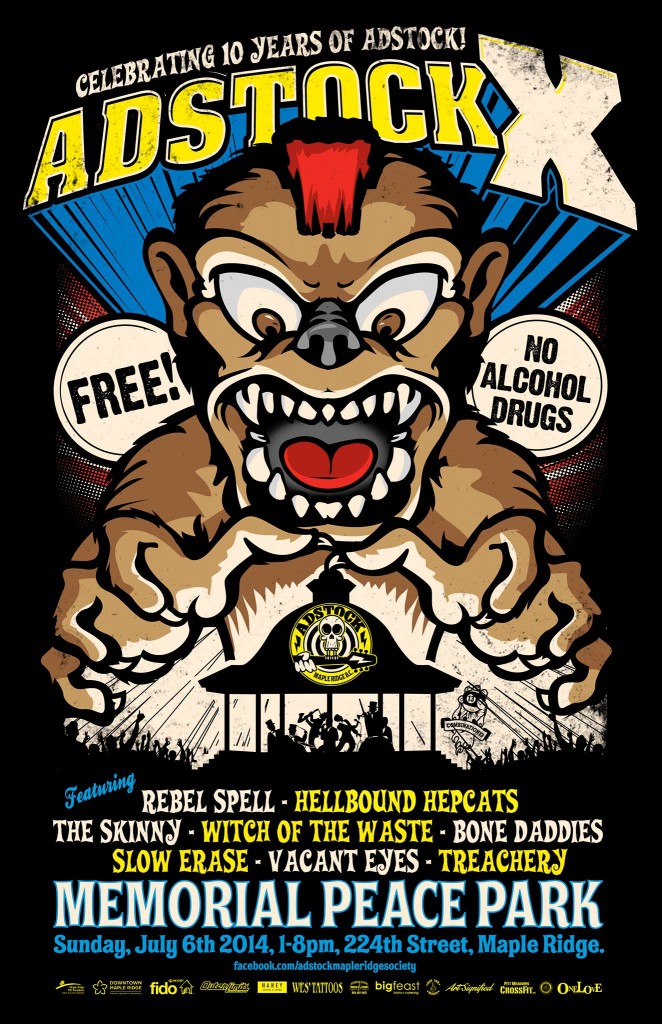 Our IndieGogo campaign is all wrapped up now. Y’all contributed more than we were hoping for and we are very touched and very grateful!
We have finished tracking and now the new, yet to be titled album is going for mixing and mastering. Expect the release (and release touring) in the fall.

Over the next couple of months we’ll be doling out your loot. Right before we start shipping we’ll email everyone on the donor list so you’ll have the opportunity to change your address if you’ve moved over the summer.

If you missed out on the pre-order stravaganza and want to be the first on your block with the new tunes you can still pre-order them from this very site.

We’ve got not one, not two but count em, three summer time festivals quickly approaching. We’ll also swing by Victoria because we don’t get enough of that place.

August 8-9
Fort Fraser BC for Cambala

And in other news

The gubmint retracted their inexplicably dumb proposal to extort foreign bands who play here for peanuts. Amazing! I ranted about this earlier, but I guess the upshot of this now is that you don’t need a work visa to play in Canada. Hooray! Come play with us! And if you’re from ‘Murica, tell your overlords to return the favor. Thanks.

If you really want to go down the internet hole on this issue, check out this piece by Harsha Walia. Even though broke-ass musicians are now unscathed by the temporary foreign workers program, it’s still affecting, well, everybody else.